What was wrong with Mr. Woodhouse in Jane Austen’s Emma?

Dear old Mr. Woodhouse. Kind and gentle, always concerned about everybody’s health and well-being, totally unable to discern that they might feel differently than he does. Giving everyone advice which you would think might drive them crazy, but somehow it doesn’t; most people are very patient with him, especially his daughter Emma, who devotes herself to his care.

Jane Austen calls Emma’s father “a valetudinarian all his life, without activity of mind or body, . . . a much older man in ways than in years” who is “everywhere beloved for the friendliness of his heart and his amiable temper.”

In “Mr. Woodhouse is not a Hypochondriac!”  Dr. Ted Bader says that a “valetudinarian” was someone who actually had poor health, not a hypochondriac who was well but thought they had poor health.  He suggests Mr. Woodhouse may have had hypothyroidism, an underactive thyroid gland, causing coldness, mental nervousness, weakness, and difficulty in swallowing, and accounting for his love of thin gruel and small portions of well-cooked food.

Alternatively, Mr. Woodhouse may have had dyspepsia, a medical term for indigestion.  Dr. Cullen in 1784 claimed that dyspepsia and hypochondria were often confused. Stomach problems would explain Mr. Woodhouse’s great concern over the foods that he and others ate.

Always fearful and worried, Mr. Woodhouse seems to have had a “melancholic temperament.” Dr. Cullen describes melancholics in 1786 as fearful, cautious, and holding tightly to whatever feelings they have. Such fear and dejection also sometimes accompanied dyspepsia (p. 175-6).  We might call this a tendency toward depression, and Austen does say of Mr. Woodhouse, “His spirits required support. He was a nervous man, easily depressed; fond of every body that he was used to, and hating to part with them; hating change of every kind.”

Whatever his underlying problems, we don’t hear Mr. Woodhouse talking about his ailments or using them to get his own way, as Mrs. Churchill does in the same novel.  He is, however, prematurely old in his ways. 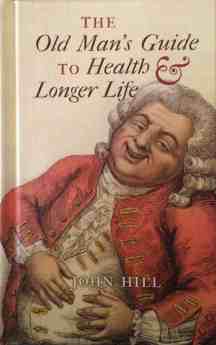 Emma is a wonderful caregiver for Mr. Woodhouse, as Carol Adams points out; Ms. Adams read Emma repeatedly while caring for her mother with Alzheimer’s, and was inspired by Emma’s example. But we see that almost everyone in Highbury is sympathetic and patient with Mr. Woodhouse. It seems that being a “valetudinarian” was perfectly acceptable and something people were willing to live with.

What Did Mr. Perry do?

Dr. Reid’s Essays (1821) offer further advice which could have benefited Mr. Woodhouse. Reid says it’s foolish to spend our days thinking constantly about our health; in fact, taking too much care of one’s health might destroy it (406).  Why attempt to live longer, if our life is “absorbed in such selfish and paltry anxieties”? “Nothing, surely, can be more idle and absurd than to waste the whole of our being in endeavours to preserve it [our life]; to neglect the purposes, in order to protract the period of our existence” (413).  In other words, why work so hard on living longer if we have no other purpose in living?

Mr. Woodhouse’s life would have been better with some worthwhile occupation.  Reid recommends doing good for others, particularly working for their eternal spiritual good, as a way of making our lives meaningful (and also avoiding hypochondria).  “How much happier is the man whose faith can move mountains, than one whose fears are apt to magnify into a mountain the slightest unevenness in his path!” (415). Mr. Woodhouse does magnify minor issues into mountains, no doubt to the detriment of his health. However, he is also concerned about others—unable to understand their point of view, but at least trying to help them stay healthy.  Perhaps if he had a deeper understanding himself, of life and faith, he might be more concerned with the true well-being of others, as his friend Mr. Knightley is in Emma. As it is, he is focused on the body, which will some day fail him. Health is important, but let’s keep it in perspective! No matter what we do, some day we will all die.

How can you and I better spend our lives?  What worthwhile purposes will you pursue in this coming new year?

Next week we’ll look at Mrs. Churchill and other examples of hypochondria, as doctors would have understood it at that time.

Hill, John. The Old Man’s Guide to Health & Longer Life with Rules for Diet, Exercise & Physick for Preserving a Good Constitution, and Preventing Disorders in a Bad One.  First published 1750.  London: British Library, 2013.

Also recommended, on the foods Mr. Woodhouse recommended eating, and why:

Note: There are modern theories that Mr. Woodhouse had syphilis; you can easily find them online. But I believe that the more obvious explanations for his behavior that I’ve given here, based on popular health recommendations of the time, are more reasonable and more in keeping both with Mr. Woodhouse’s character and with Jane Austen’s work in general.